You have probably never heard of Guangzhou (neither did I before coming here). Well, it’s the capital of Guangdong Province in southeastern China and the third largest Chinese city with 13 million people. Its western name is Canton. When we landed, the city was covered by this huge cloud that I immediately called pollution. I learned later that I was wrong, it was fog. Guangzhou is mainly an industrial city and does not have much to offer to tourists so you won't miss much if you want to skip it from your itinerary. But if you stay, even for a day, it's worth it taking a boat trip through the river before sunset. 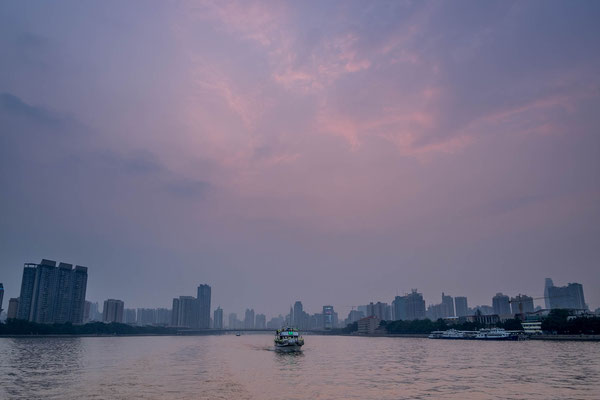 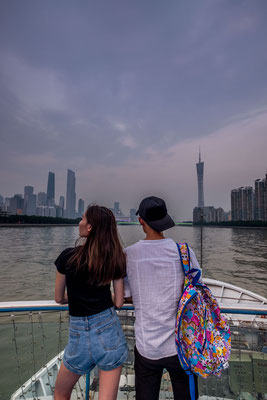 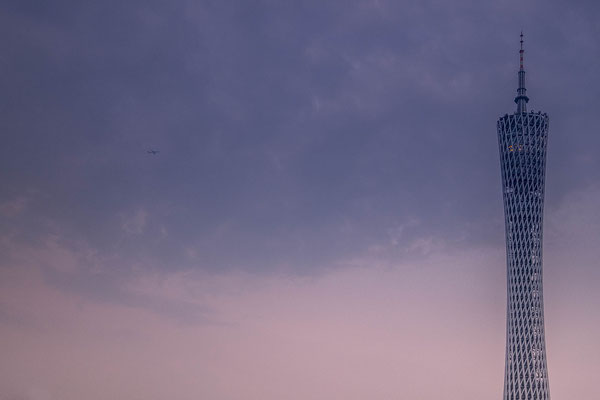 This 600 meter tower is the tallest building in China. It is also the 4th tallest freestanding structure in the world. It's worth visiting it at night. I didn't go up but the view must be great. 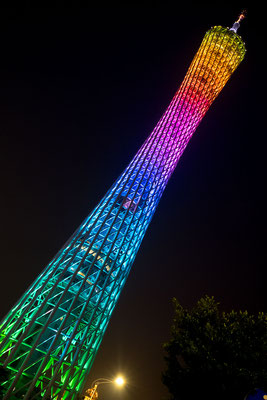 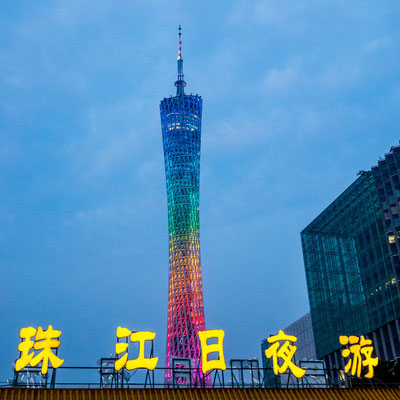 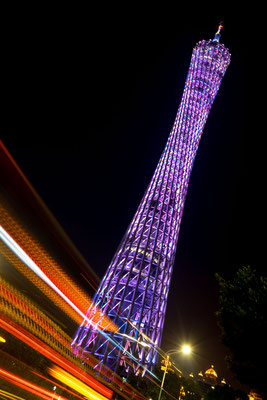 Peace & Green in the Middle of Concrete

The Guangxiao buddhist temple was my favourite place in Guangzhou. In this green and peaceful spot you forget that you're surrounded by buildings, roads, cars and millions of people. There are two pagodas and beautiful ancient trees. 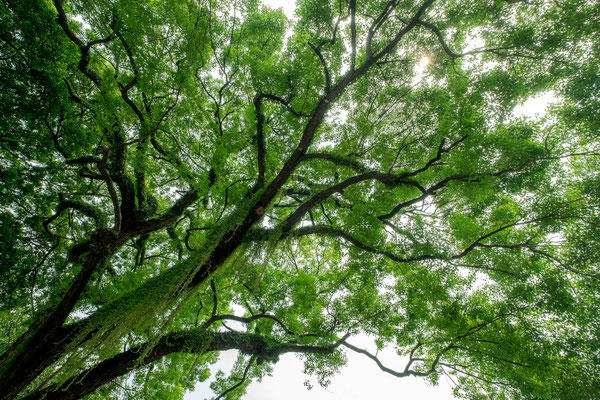 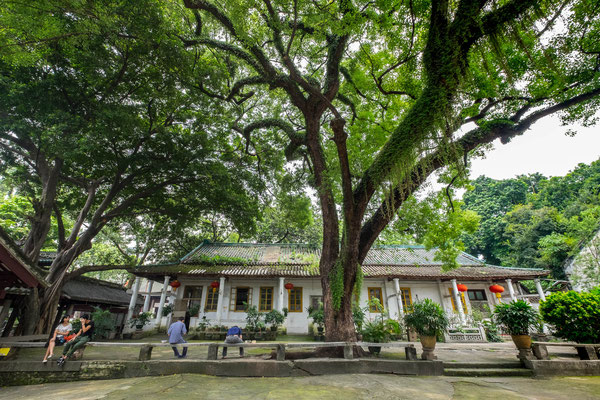 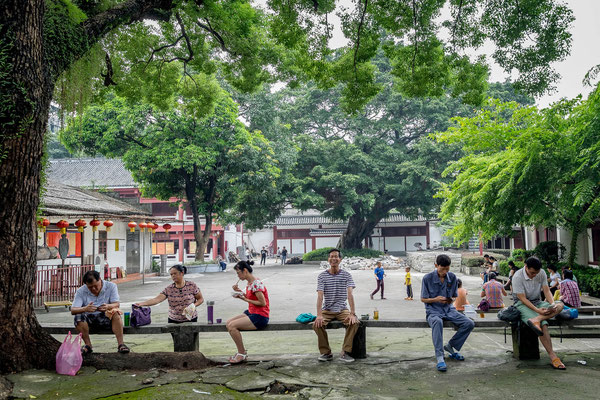 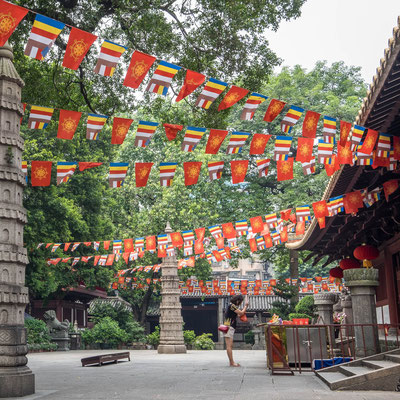 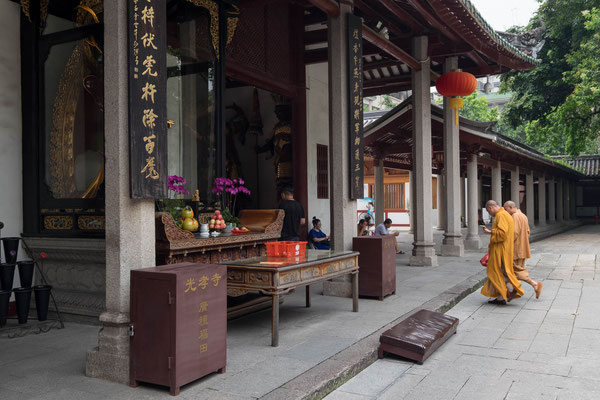 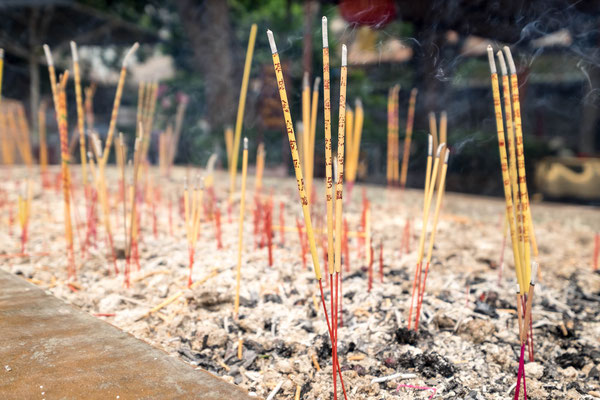 This temple has more than 100 years and it's famous because of the decorations inside and outside. I specially liked this little yellow dragon with exorbitant eyes staring at visitors. 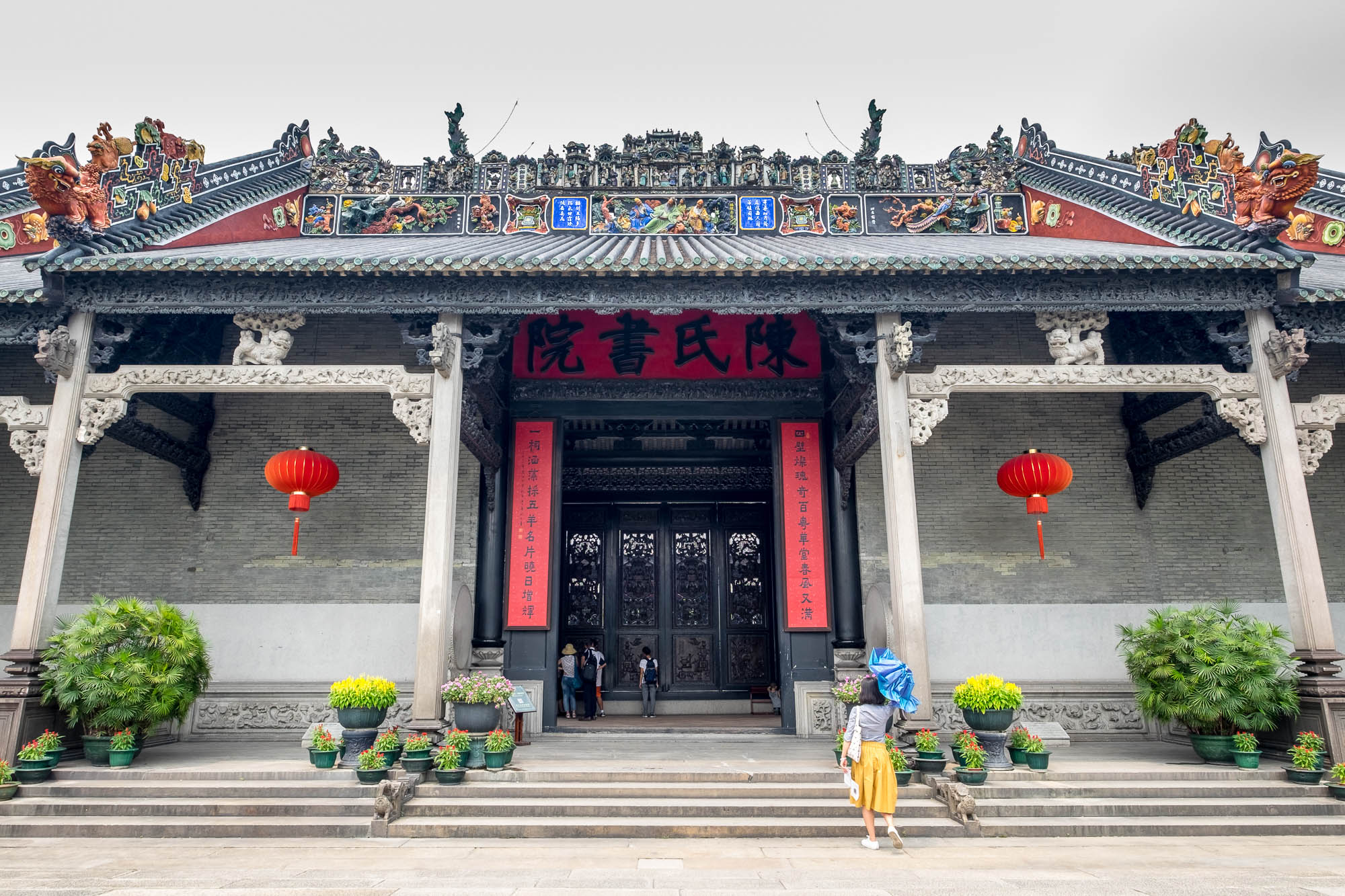 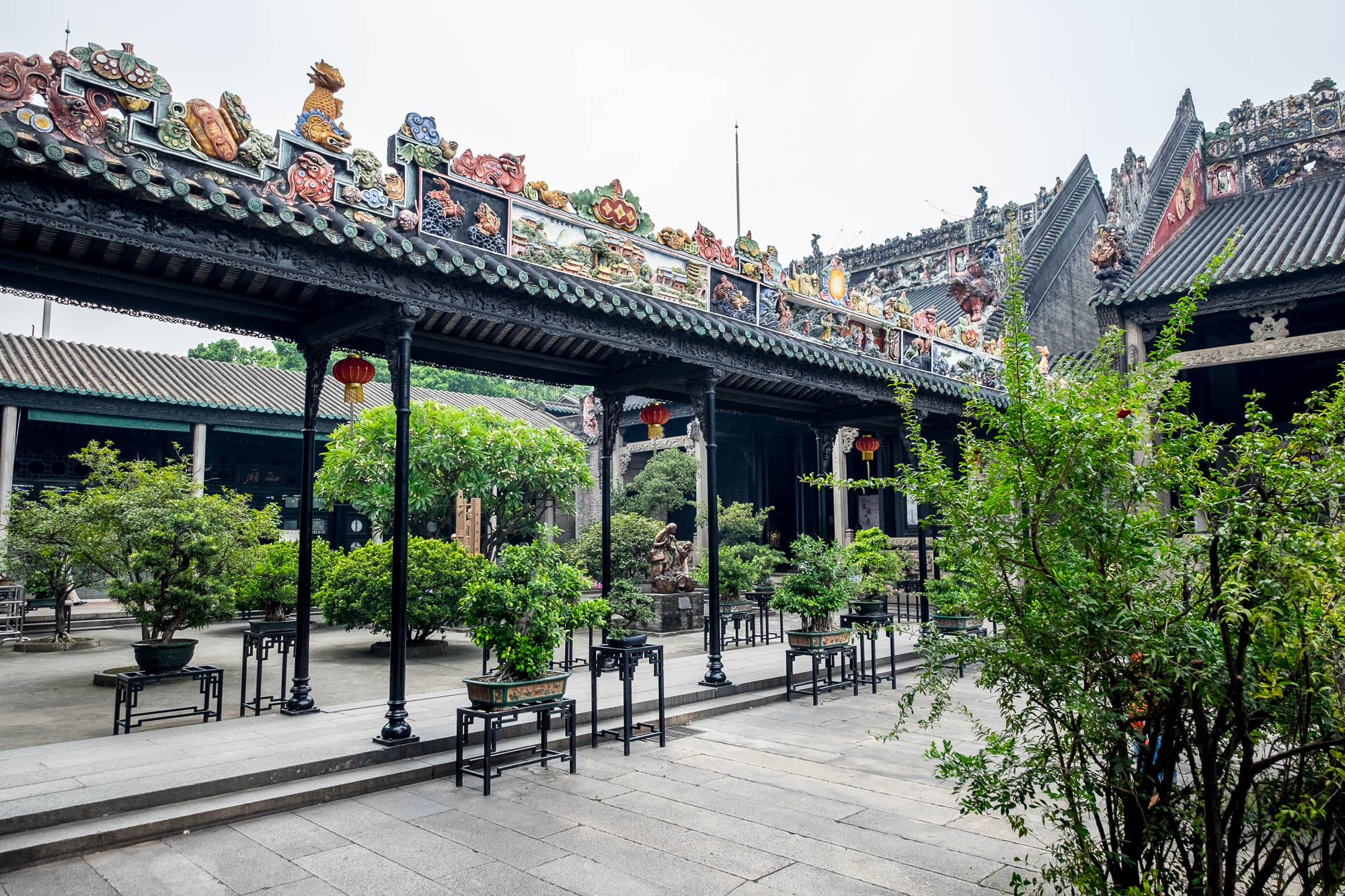 Squatting by the Stop Light

I guess that you have to be born in an Asian family and sit like the little boy and his father since you're a kid to be able to, not only do it, but enjoy it. It seems to be a convenient way to wait for the light to turn green. 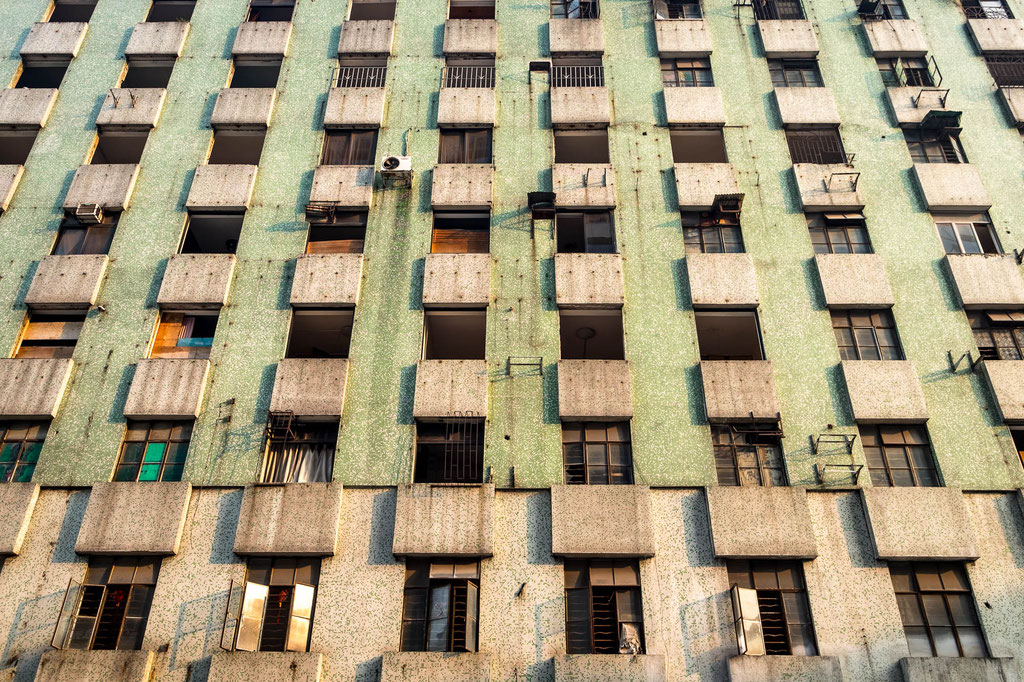 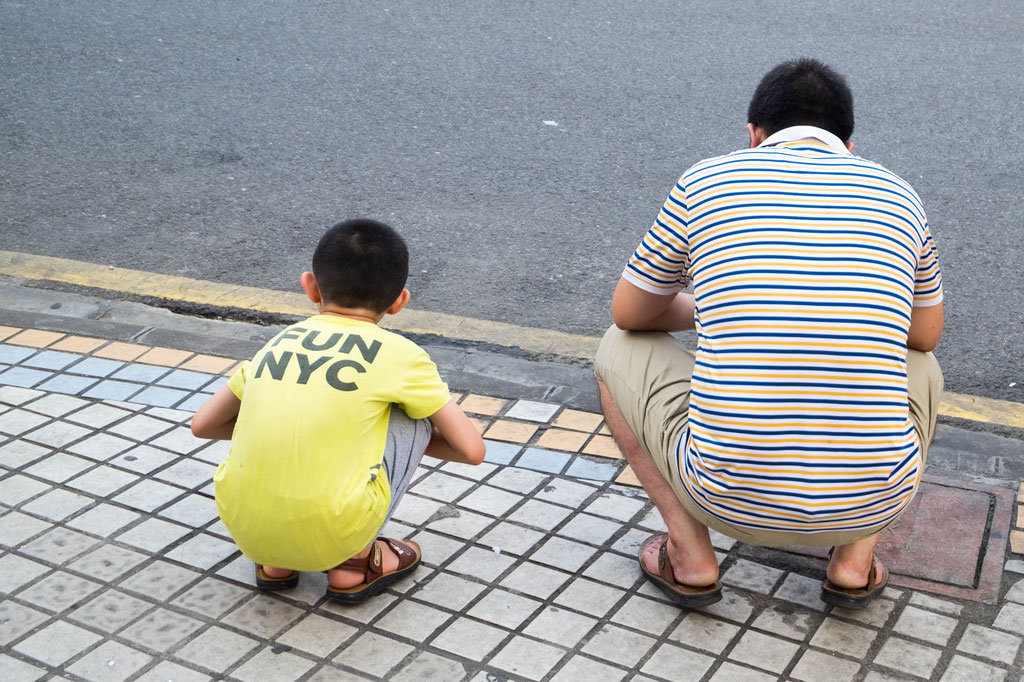 I have to confess that I was not lucky finding restaurants in Guangzhou. When I finally found one, they were just about to close and would not let me in. In the Jade Garden restaurant I had exactly 15 minutes to order and eat. I would have probably had 30 minutes if I wouldn't have got lost in the huge mall where the restaurant is located. The dumplings where delicious! Specially the sweet white round ones with the yolk of the egg inside. 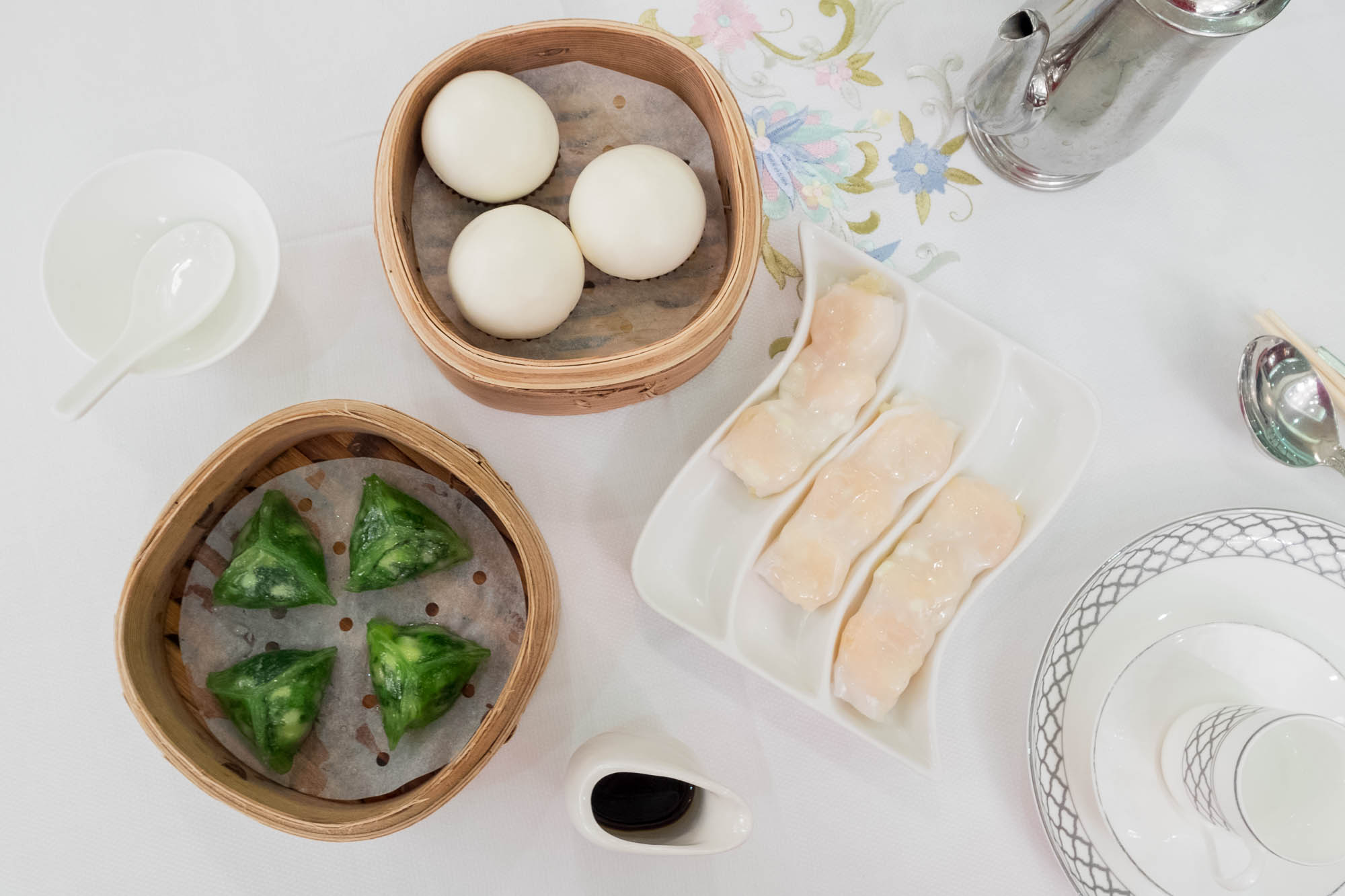 We were staying at the Sofitel Hotel and it was great. We had access to Facebook, Google, and all websites that are normally blocked in China. So I marked all the spots I wanted to visit in Google Maps (which doesn't work offline in China), took a taxi and went to the city center. Luckily the guy at the reception also gave me some tips and a MAP that would later save my life. My first goal was finding food and I thought the taxi driver would get me to this one street full of restaurants. Instead, I got to this big street full of stores where sales people were trying to convince potential customers to come in with microphones. So I kept walking and walking and I realised that the little blocks I saw in the map where actually representing at least ten streets each. I finally found a restaurant with pictures on the menu. It was Indian and I made the mistake of ordering a super spicy dish. So I could only eat the rise :-| 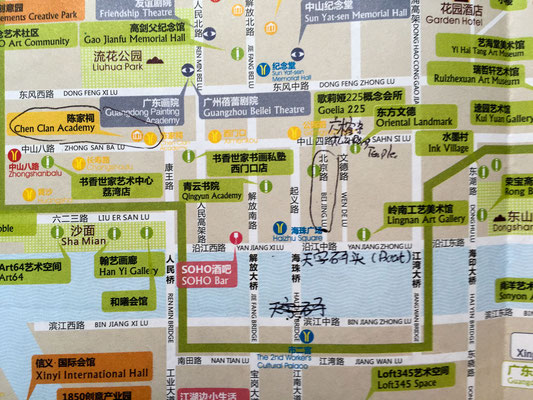 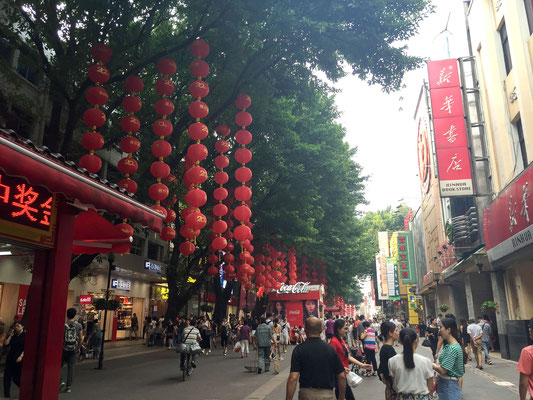 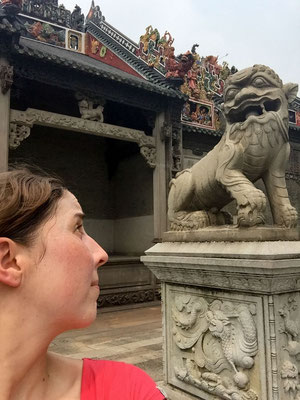 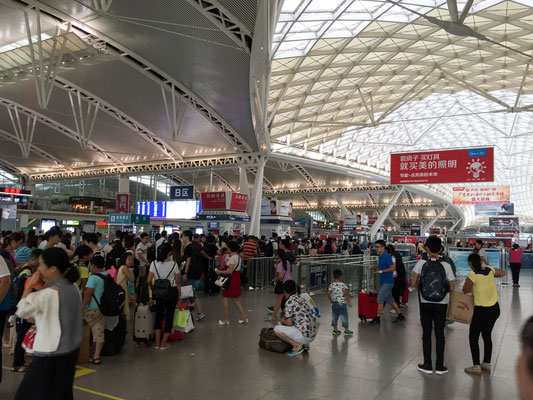 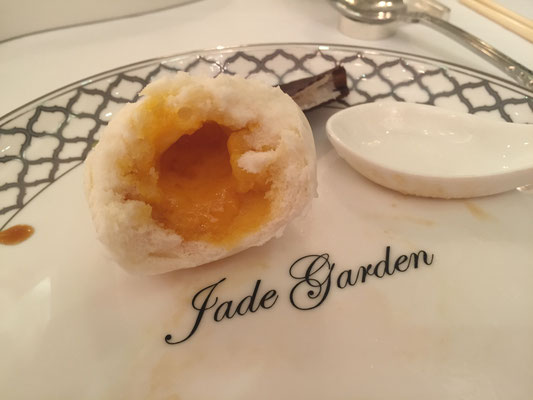 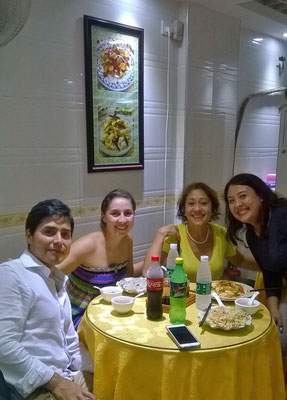